Specializing in microgreens and micro-herbs 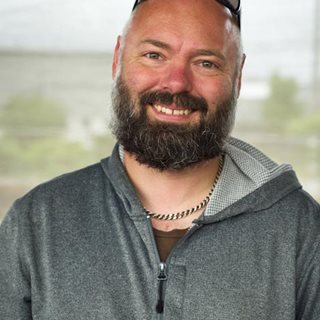 The impact of walking into Ben Haine’s growing space is really quite uplifting. We could almost see the sprouts growing before our eyes such is the vigour of these small powerhouse plants and such is the intensity of their colour and vibrancy.

Ben started growing microgreens in his purpose built insulated container, because he saw that the food chain was coming under more and more pressure and he wanted to engage in sustainable, growing practices, was keen to be self employed and to be able to provide for his family. He chose microgreens because of the high intensity yield from a small growing area. He is strongly influenced by Curtis Stone’s urban farming model.
Ben grew up in England. His parents had a big vegetable garden that was like a little oasis in an industrial town. After 5 years in Canada, Ben and his wife immigrated to NZ.
Microgreens are very environmentally sensitive. Creating a carefully controlled environment is the key to success. They don’t like wet feet and grow best between 19-24 degrees Celsius. Ben uses organic seed where possible and grows in certified organic seed raising mix. He can’t use seed that has been treated with a fungicide as there is a risk of a small particle of seed husk remaining on his greens.
At the market Ben’s customers are 60-70% repeat customers. He is very happy to pack his greens into containers that customers bring and this certainly means that the customer gets a great deal. His sprouts are picked on Friday and chilled down before transporting to the market in chilli bins. In summer he adds ice packs to the bins to keep the greens nicely chilled. Some sprouts are cut to order at the market. He has created mixes of greens with the Spicy Salad mix the crowd pleaser! It is amazing just how much omph these wee flavour bombs pack. 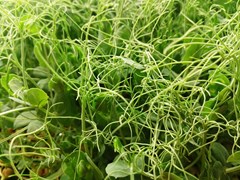 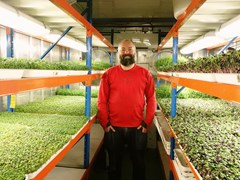 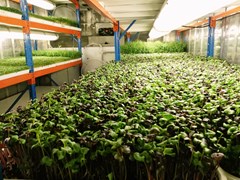 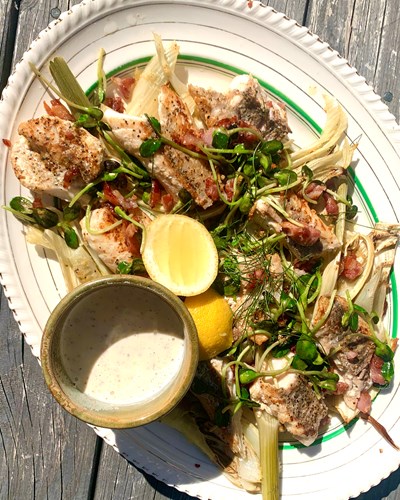 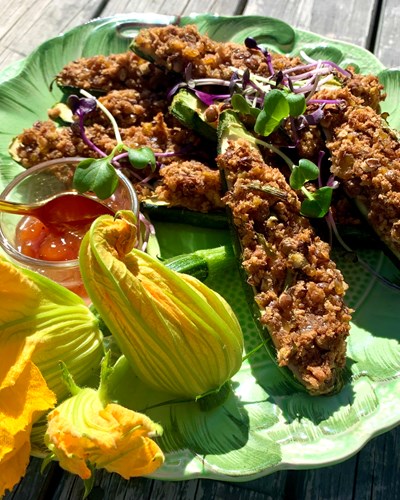 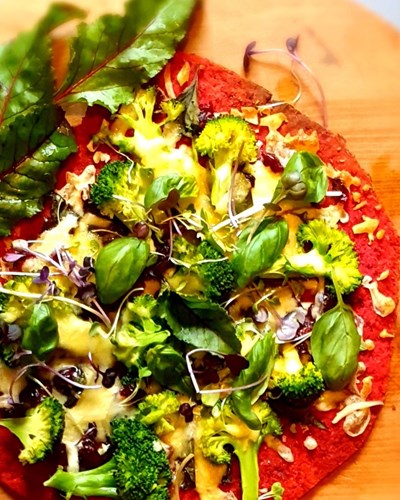 Garlic and Herb Pasta with Blue Cheese and Hazelnuts
Signup for our newsletter!