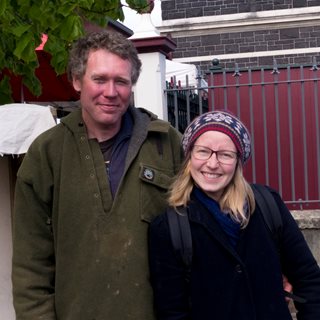 Young Merrall as we affectionately call him is actually Merrall 3. His father Merrall jr. and mother, Alex are the owners of Holy Cow. He came to live in New Zealand permanently in 2007. He is a multi-talented person who has built houses and made furniture with time honoured building methods, and worked as a jeweller for several years.

But then he fell hard for growing flowers. Based at the family farm in Reynoldstown he has doubled his flower plots since he began back in 2015. Sceptics may have said that it was too hard to grow beautiful blooms without glass houses in anything but the best summer but Merrall has proved them wrong. His attendance at the market has increased from just a few months a year to close to 8 months per annum.

Merrall occasionally resorts to organic sprays in small quantities, but finds that most plants either die outright or thrive. There are too many interesting plants to grow in the world, and not enough space, so it is rarely worth coddling a plant which wishes to be elsewhere.  His soil has been built up with a ready supply of cow manure and oat husks from Harraways.

Merrall’s creative abilities are best seen in the arrangements that he puts together for the market. He has a great eye for creating beautiful and unusual floral arrangements. He grows carrots for their flowers!

Merrall loves flowers with perfume and to this end has a vast array of sweet peas and roses. He pours over catalogues to source seeds that he thinks with thrive and prosper in what can be a pretty harsh environment.

He irrigates using the grey water from the milking barn.

During the main growing season Merrall wholesales flowers and foliage to florists, and occasionally sells flowers in bulk for weddings and other celebrations.

When we visited we were thrilled to hear that Merrall had recently purchased a very large tunnel house that he will use to grow rain sensitive flowers and extend his growing season. We can now look forward to an increasing supply of beautiful bouquets at the market.

Merrall hand made his little flower booth for the market. It is slightly whimsical, very in keeping with the magic of the blooms and the man himself. 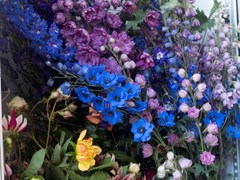 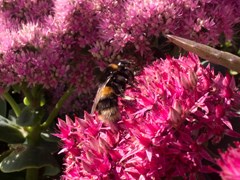 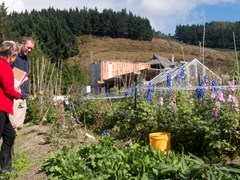 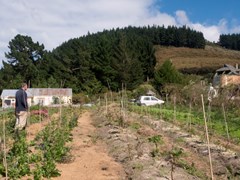 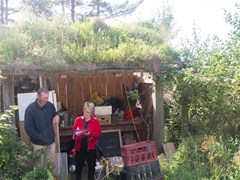 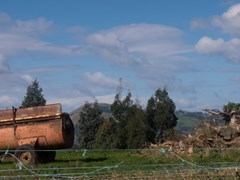 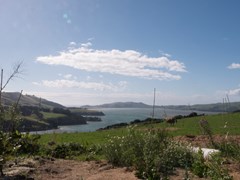 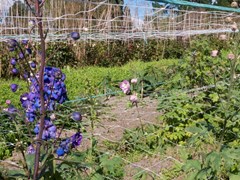 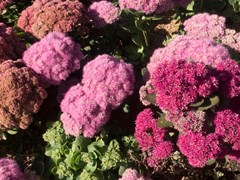 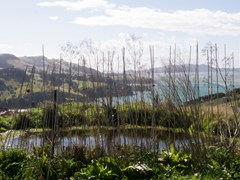 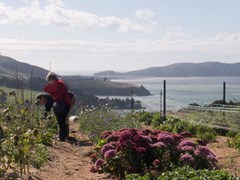 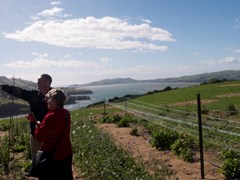