There isn’t too much that Dawn and Graham Stewart don’t know about growing plants, drying fruit and making delicious condiments and jams.

One way or another they have been involved in the fruit industry for several decades. This body of experience means that they absolutely know what they are doing, evidenced by the quality of everything Dawn makes.

Take for example the horseradish sauce that they have recently begun selling at OFM, under the brand name Monties. Graham experimented with growing horseradish in a variety of ways and places before getting it right. He now has 10,000 horseradish plants, all thriving, which will make a whole lot of horseradish condiment. Dawn took the raw vegetable and experimented with a number of recipes before getting the finished version which we see at the market. This kind of attention to detail is what makes their range successful and popular.

In the early days they grew medicinal plants for research purposes, supplying the research station at Clyde.

They then grew tomatoes for four years in Alexandra as well as bedding plants. About this time they got involved with drying fruit and were really pioneers in doing this commercially.
They were approached by a dairy company up north who wanted to put real fruit in their yoghurt. Dawn worked to find a solution and eventually supplied the dairy company with frozen cubes of fruit, this was so successful that the next year the company put an order in for 100 tonnes!

With a fair amount of trial and error and a great dollop of common sense they developed to the point where they supplied Sanitarium with all the dried fruit for their products. This was in the days where Sanitarium had stores the length of the country. Dawn and Graham also supplied the US army with dried apricots.

Graham worked with the growers and hauled all the fruit from the orchards while Dawn worked in the factory, based in Alexandra, overseeing staff and perfecting quality control. This was a highly competitive industry and they were competing with large scale Australian companies. Dawn and Graham were successful because they kept production to a smaller scale and were therefore able to monitor the quality closely.

Eventually they decided to downscale and do their own thing. They moved back to Wanaka and thus began the development of their own boutique business.

The Porridge Bar has proved a hit - especially with young woman students - and is a concept that fits nicely with Dunedin’s Scottish heritage. Dawn and Graham source their fruit for the preserves Dawn makes to top the porridge from predominately market vendors. The berries come from Butlers Berry Farm and McArthurs Berry Farm; plums from Te Mahanga; peaches from Willowbrook and apples from Pringles in Ettrick.

All the fruit they use to make their jam, chutneys, fruit leathers and dried fruit comes from Ettrick and Roxburgh.

Dawn starts exiting from the market from about July to start building up supplies for the pre-Christmas rush. As well as OFM they sell at Remarkables Park market with about 75% of stock going to OFM and the remaining 25% to Remarkables Park. They also sell at the Mediterranean Market in Queenstown, NW Centre City and specialty shops around the country, including Moore Wilson in Wellington.

Sometimes we struggle to know what to call this business – The Porridge Bar, Church Road, Bridge Hill, Lillys, Monties. There are many brands involved but one thing they share is that they are all made by Dawn with meticulous attention to detail and top quality, local ingredients. 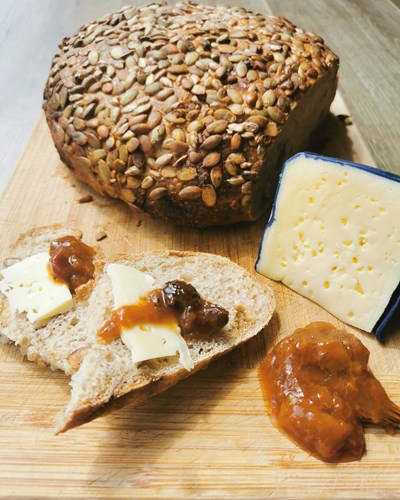 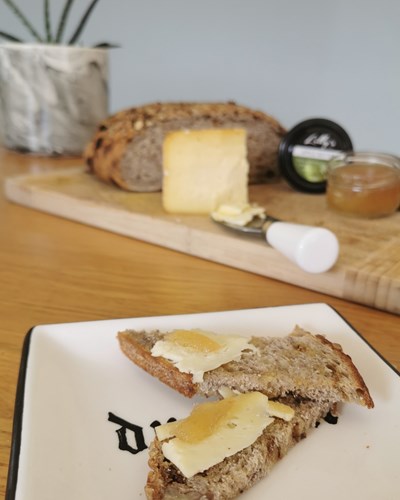 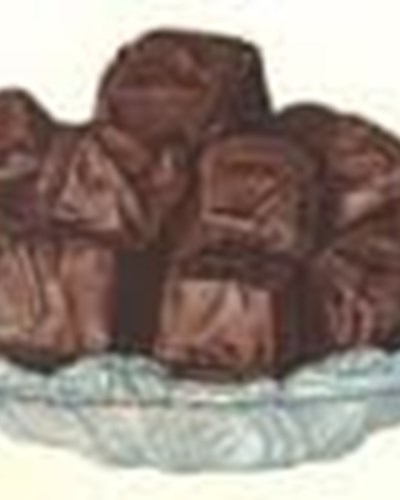 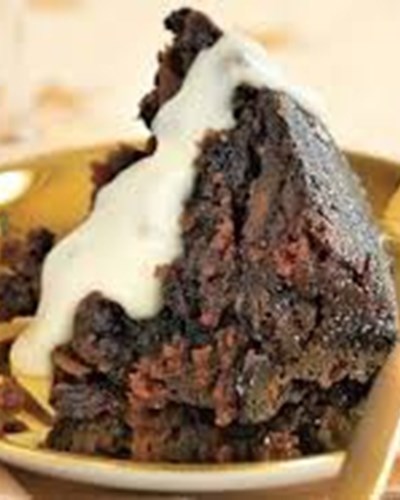 Christmas Pudding and Brandy Sauce
Signup for our newsletter!