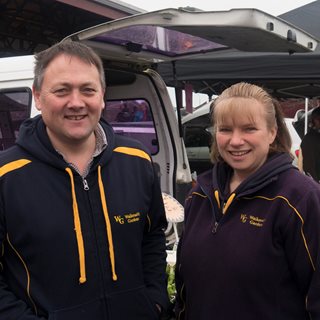 Mark and Lynley Hunter, along with their two children Lauren and Shawn, have been developing their BioGro certified life style property for the past 20 years.

When Mark and Lynley had children they started to consider the food chain more closely. Mark had grown up in the plant business and was appalled by the concept of a “long shelf life” tomato. Together they wanted better food for their family.

The two acres of land they had purchased in Waikouaiti had had organic principles applied to it and, with help from OFNZ (Organic Farms NZ – the local branch being Otago Organics) in spring 2002, they commenced their organic certification. With OFNZ just getting off the ground the Hunter’s interest was piqued and so began their foray into growing organic tomatoes, vegetable and flower seedlings, eggs and vegetables. In 2013 they moved to BioGro as their organic certifier.

They originally bought the property because it had a large commercial glass house on it and they started growing tomatoes. Later on they grew vegetables and started selling their surplus initially from their home stall. When the Otago Farmers Market started they went along to the very first market to see how it all worked. During early September of that year they began trading at the market and have remained a seasonal vendor ever since.

Nowadays the number of tunnel houses has proliferated and the scale of what they do has expanded enormously. While the whole family is very involved with what they do, it is Lynley that works full time in the business day to day.

She grows a wide variety of flower and vegetable seedlings, as well as a great selection of herbs and perennials to sell. These are all grown from seed. These days they sometimes struggle to buy good quality, organic seed so Lynley has now set about collecting and ripening her own seeds. To get purity of lines of seed they need to isolate the plants that she intends collecting seed from. Lynley spends time researching new and interesting vegetables and flowers for her customers. They purchase many news lines of certified organic seeds from Kings Seeds and they have been long standing members of Koanga Gardens since the late 1990’s, where they source some of their Heritage seeds from.

This interest in trying new and exciting plant types has resulted in a staggering variety of different types of tomatoes – many of which are heirloom and all very beautiful to look at (and extremely tasty to eat).

Surplus seedlings get planted out and become certified organic produce to be sold at our market, including well over 800 tomato plants and many varieties of vegetables. Shawn assists Mark in preparing the garden beds and does more than his share of the vegetable planting.

They make their own certified organic compost and it is added to all the veggie beds annually. This is mainly due to their well-managed portable chicken operation, which is run by Shawn (who has become somewhat of an expert at raising chicks and attending to all things chicken related). All of their certified organic feed supplements are supplied by NZ Biograins from Ashburton. Shawn currently has seven breeds of poultry being raised and aims to have surplus birds to sell.

The chickens are wonderful at bringing unproductive land up to scratch. The Hunters move them around their property so they can go about their business of scratching and pecking, resulting in perennial, pesky weeds being eradicated and the ground being fertilised at the same time! 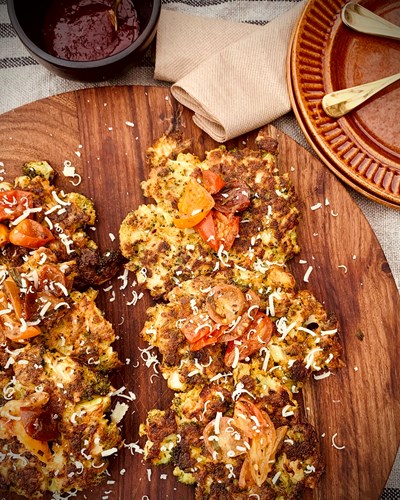 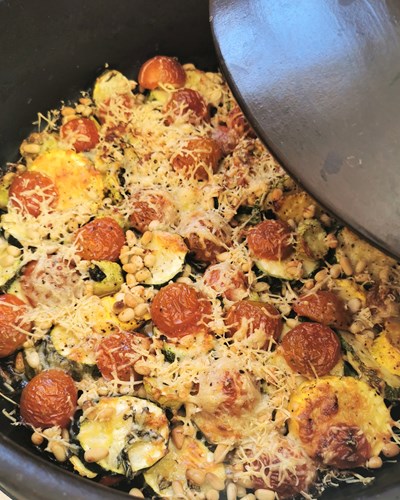 Courgette and Tomato Bake with Pine Nuts and Parmesan 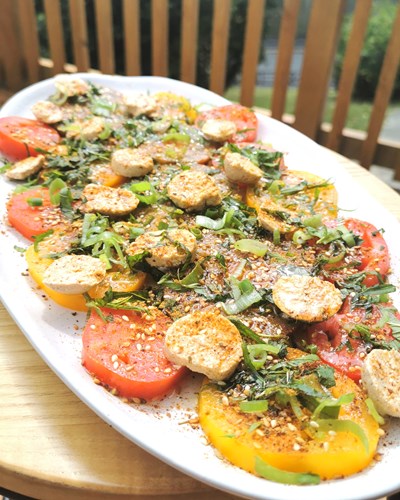 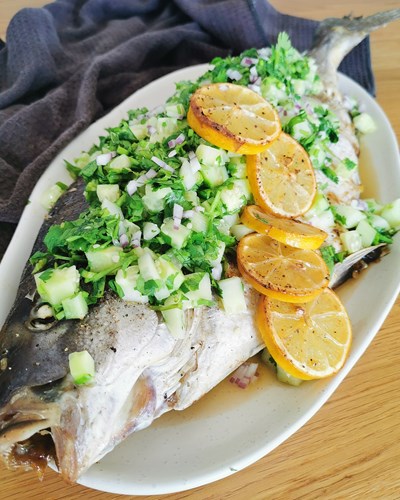 Whole Baked Moki with Cucumber Salsa
Signup for our newsletter!