We are a charitable trust with a strong educational focus. The Trust consists of eight trustees and two advisors. Comprised of talented and skilled community members and vendors, this voluntary group reviews all new applications to trade and works hard to maintain the integrity of the market as a whole.

The Trust employs a general manager,  a site assistant, and an administrator/duty manager – all on a part time basis.

In 2001, and with Dunedin City Council encouragement, a Farmers Market Project Group discussed the possibility of establishing a farmers market, initially in the southern Exchange area of the central city. It was soon realized that this site was neither suitable nor safe so when an offer was made to lease the Dunedin Railway Station north car park, it was gratefully accepted.

Progress was then rapid and the first Otago Farmers Market Trust weekly market was held early in March 2003. That market was a great leap of faith on the part of OFM Trust and the 23 vendors who came that day. It more than surpassed expectations, with hundreds of customers and well-wishers coming from all over the city and surrounding areas, to buy fresh local produce.

Since then, the market has become a weekly social event and part of the city’s fabric. It's a “must do” for visitors to Dunedin and is of measurable economic benefit to Dunedin, Otago and neighbouring regions, regularly attracting several thousand customers.

Saturday mornings in Dunedin have been changed for ever. 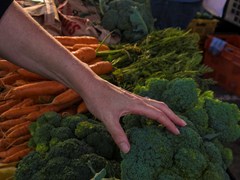 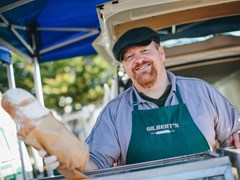 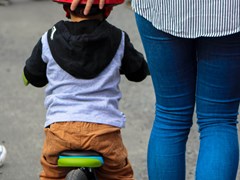 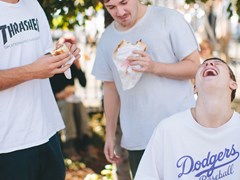 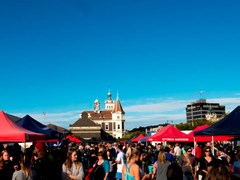